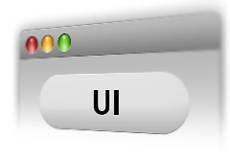 Pretty much every tech product, whether a mobile phone or a web app, has a feature list – a big list of things that product promises to do. Companies are proud of their long feature lists and consumers love to compare the features of their new gadget against that of their friends’. But there is one thing that’s even more important than all of this. The user interface (UI).

The user interface is the gateway between the person using a product and its feature set – indeed, without a UI, the user wouldn’t be able to interact with their gadget or app. Make a bad UI and the user won’t be able to get to half the features your product has (and that’s if you’re lucky). They just won’t be able to navigate to the feature they were looking for, won’t figure out how to use it or simply won’t even know it’s there.

UI is the key feature of any tech product for three reasons:

1. The UI controls the user's access to all the features a device or application has.

To use an app or a gadget, people have to use it’s interface – there’s really no other way to interact with it. To call someone, you have to use a phone’s keypad. To get to a webpage, you have to type it into the address bar of your browser. To change the settings of your word processor, you have to navigate to them using the menu controls. The more complicated and difficult the UI, the less features people will use â€” they just won’t figure out how to get to them and how to use them.

2. The UI stays with the user most of the time -- it delivers user experience.

3. The UI creates friction between the user and their work.

A bad UI will create a lot of friction – tasks will take longer to complete simply because there are more buttons to click and more menus to navigate. Even if the user knows what they’re doing, a bad UI will negatively affect productivity and slow them down.

Why then do so many developers ignore this and produce apps and gadgets with awful interfaces that most people can’t figure out how to use?

This seems to be because many developers underestimate the difficulty of making a good UI. There is a lack of respect for designers, who are considered the people who just make things look nice. That of course is wrong. UI design is the hard part, in many cases much harder than the back-end code. Designing a good UI isn’t figuring out what something will look like – it’s figuring out how something will work.

John Gruber of Daring Fireball wrote a nice article a while back on “spray-on usability” in open source software. He writes:

UI development is the hard part. And it’s not the last step, it’s the first step. In my estimation, the difference between:

isn’t just a little bit of extra work. It’s not even twice the work. It’s an entire order of magnitude more work. Developing software with a good UI requires both aptitude and a lot of hard work.

What’s more, there seems to be a complete ignorance of the importance of UI in many circles – just look at people bashing the iPhone for it’s lack of features. “Sure” they say, “the iPhone has a pretty interface, but my Windows Mobile phone has tons more features”.

But wait – how many features do you actually use on that thing? The iPhone delivers ease of use and user experience. People actually use all the features it provides, because they are easy to get to and easy to figure out. It’s actually a joy to use this phone – it makes you want to explore, to press all the buttons, to use all the features. The UI is what makes this product great, not it’s feature set.

UI is the killer feature

The user interface isn’t just the outer wrapper of a gadget or application that’s there to make it look good – it’s a map to the features the product offers and the vehicle that takes you there. Creating a good UI is absolutely vital if you want to make a successful product.

Companies like Apple have really grasped this concept and focus all their attention on making the interface as good as possible. Others who ignore the importance of UI make products that have long feature lists, but are really unusable because of their clunky navigation, difficult controls and uninviting aesthetic. These products deliver frustration – not a good user experience.

Don’t underestimate the importance of UI – it’s your product’s most important feature.