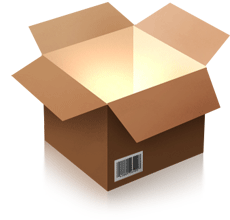 I think this approach can be seen a lot more in the Mac world than the PC, and that’s probably because of Apple taking the lead. If you own a Mac you’ll know that all the applications come with a beautiful icon (in a huge 512x512 resolution now on OS X Leopard) – and not just Apple’s ones; most developers seem to strive to achieve the same level of quality for their offerings too, wanting to ensure their icon is worthy of a place in the user’s Dock (a bar of icons used for launching and managing apps).

The icons aren’t the only package for software – the user interface (UI) is, too. Apple ensures their interface wrapping is also beautiful. When OS X first launched, they introduced a new interface look and feel called “Aqua”. Cordell Ratzlaff and his team of designers at Apple wanted to do something special with the new interface… they wanted to break the mould of a boring computer UI and create something fun and attractive.

Cordell saw a great opportunity to change to an appearance that was fresh and fun, in contrast to the existing state of the art. He decided to change from gloomy, square, and bevelled, to light, fun, and colorful, with a very fluid expression. He asked, What's the opposite of a computer interface? He came up with things like candy, liquor, and liquids, to inspire a new visual design of the interface. The designers collected magazine ads for liquor, with delicious looking liquids in glasses with ice cubes, sparkling with reflections and highlights. Bill Moggridge, Designing Interactions

Aqua looks and feels like water. The shiny, glossy buttons are nice to look at, and over the years Apple has tuned down the eye-candy to restrain the interface so that it doesn’t overwhelm the user. After all, the interface provides access to content, it should not strive for attention. The end result is a beautiful yet simple interface that looks polished and attractive. This attractiveness adds a certain quality to the product itself (the actual app). You may not have used the product yet, but after a quick inspection of the ‘wrapper’, you are eager to try it out. 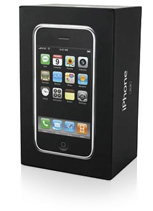 Of course Apple is also famous for the other two wrappers: the hardware and its packaging. The hardware is fashioned from materials that make the product stand out, and at the same time make it appear premium. For example, Apple chooses metal and glass to create the casing for their hardware. Their competition, who mostly use plastic, end up producing products that look cheaper. The plastic just looks and feels less attractive than anodized aluminum and glass. The company then actually spends time designing the packaging and ensures it has the same air of good looks and minimalism as the products it contains. These wrappers act in the same way as the other ones described above – they make an impression, and set an expectation for what’s inside.

So where am I going with all this? I think that these ‘wrappers’ are an essential ingredient to Apple’s success. Why? Because the wrappers are a form of manipulation – they increase the perceived value of the product before a person has the chance to try it out.

When you’re looking for a software application to solve a particular problem – what do you do? Well… you probably Google for it, or perhaps visit a few software review/listing sites. Suppose you narrow down your search to a few apps. How do you judge which app to try? I’ll be surprised if the icon and the screenshots didn’t work as an important factor in the decision.

You’ve read the feature list, but you also want to see what the app looks like. You want to see interface and make an assumption of whether or not you’ll enjoy using it. The wrappers send out a lot of information. An app with a beautiful icon and a well designed interface would very likely catch your eye. By looking at the well crafted wrapper you might assume that the developers have a good attention to detail and worked hard to create a high quality product. Sure, the app might turn out to be unusable and buggy – but when you’re faced with two or three apps with similar feature lists, the wrapper is one of the very few indicators you have to go by. In Apple’s case, the wrapper is polished off at every level.

So if you’re making a consumer app, make sure you get the wrapper right. Set an expectation of quality by creating a beautiful icon, user interface, website and/or package. When the consumer has little information to go by, that wrapper would act as indication of quality and value.