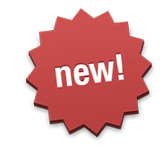 You receive a new message, say an email or a tweet, and at that very moment your software decides to do something stupid. A little red bubble appears over its icon. A ringing bell is heard. Sometimes even the message itself will pop up over your screen announcing its arrival and inviting you to read it.

Is it not rude to disturb people? Does the software assume you were sitting there doing absolutely nothing, just waiting for that update? Not only does it decide to disturb you, it does it in the most forceful way it possibly can, using every weapon at its disposal: sounds, colors and animations.

Instead of serving the user, the software now decides it is in command, and begins pulling the shots. At its will, the user is forced to check for new messages–reminiscent of the bell being pulled to call the butler. Instead of checking for messages at a time convenient to the user, the software forces them to check it at the time of its choosing. What I’m arguing against isn’t so much the mechanism of notifications. I can disable Growl or turn off notifications for a particular app on the iPhone. Technically they work. It’s about how we interact with notifications.

Instant notifications are a feature that was useful at the rise of fast communication technologies. It notified you of new messages because it could, and because it was genuinely useful (e.g. an emergency pager). Using this feature for every service, especially those on the desktop that by design only work when you’re working, doesn’t make any sense. Notifications are inherently negative, barring the few cases where you actually need them. Whenever you receive a notification, your brain is pulled away from its current task. This is distracting and breaks focus. The more notifications you receive, the more distracted you will be.

Your brain is reacting to an outside stimulus, which the phone or the computer provides. This stimulus is governed by the time of arrival, but this rarely has much importance. Yes, you will sometimes wait for that important email or SMS to arrive, but many other times it won’t be time sensitive, which the application assumes by default. In this way, real-time apps actually have a negative value in that they consume your most precious resource–your time–on their own terms, rather than on yours.