One thing that strikes me about PC manufacturers is just how disconnected their marketing is from the software that will run on their machines. One sign of this is the blank screens shown on the product pictures of their latest products. Sometimes these screens have a picture of some actual software running on the machine, but oftentimes it’s either blank or has the product title pasted over it. Here’s a picture of Acer’s latest Ultrabook, taken from their website: 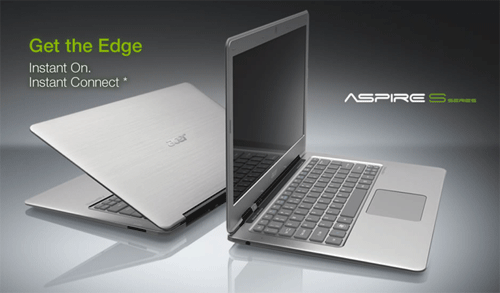 The Ultrabook is Intel’s initiative to take on Apple’s very thin and popular MacBook Air. Here’s the first picture of the MacBook Air from Apple’s website–the screen is on and the system is ready for work: 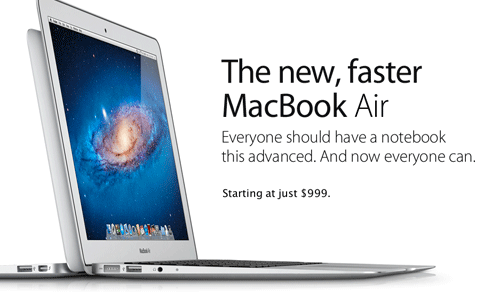 In fact, throughout the whole of Apple’s website there’s not a single picture of a machine with a blank screen, or anything on the screen other than the software it will run. Of course Apple is in a good position to do this as it’s also a software company, but by ignoring software its competitors are sending the signal that they’re just selling hardware. But hardware alone is just not as attractive as an all-inclusive appliance.